Incredible professionals that always keep their clients best interests in mind! Thanks for everything.... read more

Willing to go above and beyond

David and his team are always willing to go above and beyond. They are great at keeping you informed throughout the process and truly work for you the client. Myself and others I... read more 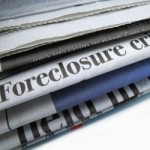 Someone once said that the greatest thing about the U.S. of A. is our endless appeals system. Typically, the system of appeals enters the public consciousness where it relates to criminal matters, when life or liberty is on the line. A fellow facing the electric chair walks away scot-free when he is exonerated via DNA evidence on appeal. Unfortunately, no one seems to think of the appeals process when facing a traumatic event just short of execution: foreclosure. Right up there among the most basic American values is the pursuit of happiness. With life or liberty at stake, defendants fight tooth and nail on the criminal law stage, but many foreclosure defendants are too ill-informed to do a modicum of the same to save their homes.

Currently, homeowners find themselves in a dire situation in Florida’s foreclosure courts. On the trial level, the judiciary is overburdened, still sifting through cases from five or more years ago that the banks have neglected to pursue diligently. Now, the banks are being called to the principal’s office, forced to gather their evidence, prosecute and foreclose on the quick. One would think that this would result in droves of dismissed foreclosure cases. Not so. In fact, the trial courts, in apparent recognition of the difficulty on the part of banks in properly prosecuting old cases, have gotten into the habit of overlooking important legal caveats, to help the banks collect on their complaints.

For example, in order for a bank to sue a homeowner for foreclosure, the bank must have “standing”, a legal term that basically means the right to sue. The bank sues the homeowner on January 1st, but the mortgage and note being sued upon is not assigned to the bank until January 10th. This means that the bank only obtained standing to sue on the 10th, and did not have standing to sue on the 1st. The law is clear that defective standing cannot be cured. The case must be dismissed. However, on the trial level, this very important legal concept is being eroded, ignored, for the sake of judicial economy, all to the detriment of homeowners.

Luckily, the appellate courts are much more serious about the law. After all, they wrote it. It is to them that the homeowner must appeal decisions of the trial court where the trial court has misapplied the law. The homeowner will not be able to introduce new evidence in the appeal, but will have to argue issues of law only. Time is a major factor in filing a successful appeal. The appeal must be filed within thirty days of the trial court’s judgment, and there are many other deadlines to meet during the course of the appeal.

Unlike other lawyers, who may usher their clients into bankruptcy in an attempt to delay the inevitable homelessness, the attorneys at the law firm of Grigaltchik & Galustov, P.A., are experienced in defending the homeowner all the way through the appellate process, from start to finish, all in the name of your right to pursue your happiness. Call us at (904) 738-8398.

I've known David for many years now and he's always been willing to give advice or go the extra mile to help out. As an attorney, David has advised me on matters regarding my real ... read more

Does what is Best for Clients

Boris Galustov is the rare attorney that does what is BEST for his client and has the knowledge and experience to match. I have enjoyed our relation that began in our BNI club many... read more

If you have any questions or comments please fill out the following form and one of our representatives will contact you as soon as possible.