This firm is awesome!

This firm is awesome!... read more

Amazing law firm. Had the pleasure of having this firm help settle the case and couldnt have been more pleased with getting the true guidance and more importantly the services rend... read more

From Matrimony to Alimony 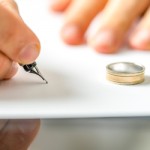 Most of us are aware of the abysmal statistics: 50% of marriages end in divorce. Florida is leading the fight against happy homes, sporting a divorce rate higher than the national average. Maybe it’s a good thing that many of us remain optimistic in the face of such odds as evidenced by our refusal to execute prenuptial agreements, but it certainly isn’t good for the bottom line.

If you are the earner in the family, the mighty bacon-bringer, as distinguished from the home-maker, the nester, the caregiver, then you should brace yourself. If you fail at marriage, your bottom line will take a major hit. The courts have long held that the nester’s contribution is equivalent to that of the earner, which makes a lot of sense when you shake off the ol’ patriarchal veil over your eyes and face reality. In many cases, the nester does the cleaning, shopping, cooking, and baby-rearing, and there are only so many hours in the day. Due to the nester’s contribution, the earner is free to pursue a slew of lucrative business ventures. While it is true that the line between nester and earner is blurring quite a bit, with many folks choosing to be both, for many American families, the nester/earner dichotomy remains the norm. That being said, at divorce, the nester is entitled to one-half of the marital assets and, depending on the length of the marriage, to the maintenance of lifestyle at the level enjoyed during the marriage.

So, let’s get to the point. Depending on the length of the marriage, the nester may have a number of spousal support arrangements available. Bridge-the-gap alimony is typically awarded in cases involving marriage of a short duration, less than seven years, to assist with legitimate short term needs over the maximum period of two years following divorce. Rehabilitative alimony may be awarded to assist with educational needs over a set period of time upon a showing of a specific and defined rehabilitative plan. Durational alimony may be awarded to provide economic assistance for a set period of time following a marriage of short duration, less than seven years, or moderate duration, between seven and seventeen years. Finally, the dreaded permanent alimony is typically awarded following marriages of long duration, in excess of seventeen years, or upon a showing of exceptional circumstances if the marriage is of a short or moderate duration. Alimony is awarded in addition to, not in lieu of, any property distribution. It seems pretty cut and dry, but the court considers many factors in determining a final award of alimony.

A good divorce attorney can help you ensure that the court has access to all such factors. At the law firm of David P. Grigaltchik, P.A., we will help see you from matrimony to alimony. If you don’t want to pay alimony, get a pre-nup. Better yet, don’t get divorced. If that doesn’t work, call us at (904) 738-8398, and be grateful that you don’t live in California (don’t take my word for it; google: palimony).

David and Boris are genuine lawyers

David and Boris are genuine lawyers. They showed passion inside and out of the courtroom and more importantly, they care about their clients. I had the pleasure of working with bot... read more

If you're considering bankruptcy, business law or estate planing, I would highly recommend David Grigaltchik. Mr. David is not only a great attorney, but he's very affable and eas... read more

If you have any questions or comments please fill out the following form and one of our representatives will contact you as soon as possible.